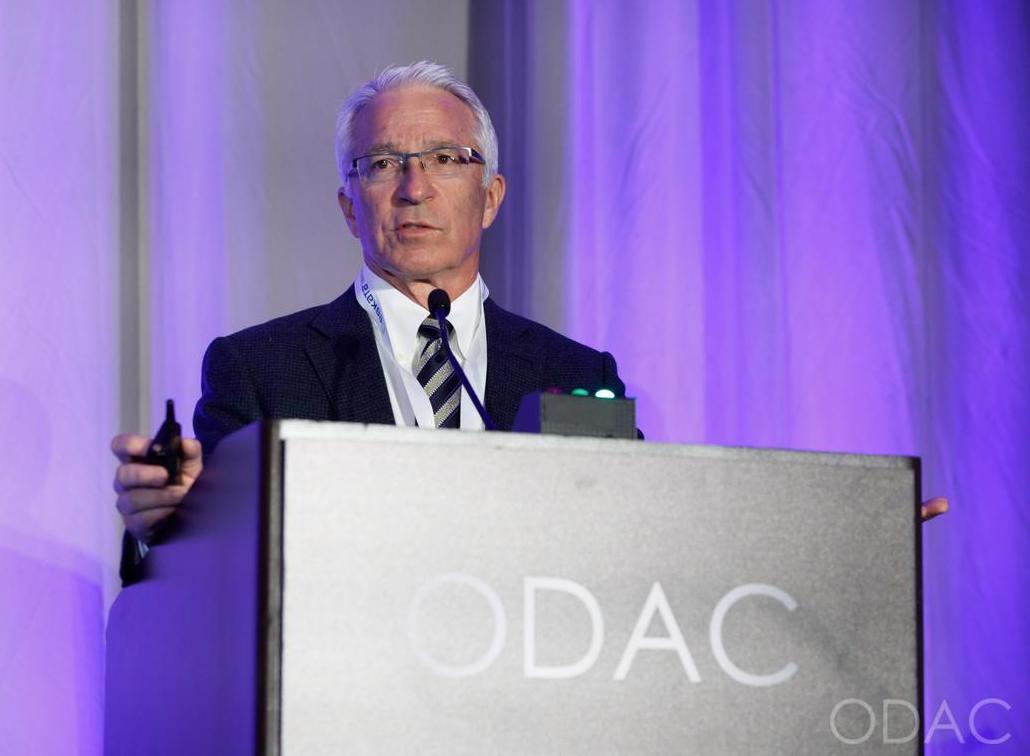 Backed by a mountain of evidence, Dr. Zitelli walked us through the new and changing role of sentinel lymph node biopsy for melanoma in a riveting 20-minute talk presented at the 16th annual ODAC conference. Here are the highlights.

“Let’s separate what’s really evidence based from what you’ve been told.”

Before delving in, Dr. Zitelli skillfully laid the framework for his lecture. The crux of sentinel lymph node biopsy is based on the theory of orderly progression, in which malignant melanoma cells leave the tumor and preferentially enter the lymphatics and the first lymph node. This theory is rivaled by the anatomic pathway, in which malignant melanoma cells may enter the lymphatics or  the blood stream, resulting in simultaneous dissemination.

Which theory is correct?

The overwhelming preponderance of evidence supports the latter anatomic theory – melanoma cells may enter the blood stream directly or the lymphatics, potentially bypassing the sentinel node. This anatomic theory is evidence based. It refutes the theory of orderly progression that the concept of sentinel lymph node biopsy is based on. Another common misconception is that lymph nodes are filters – they are not. Lymph nodes are sampling organs, sampling antigens in order to initiate an immune response.

With the groundwork laid, Dr. Zitelli went on to summarize the emerging evidence for sentinel lymph node biopsy. “This is what you need to know when you counsel a patient in order to obtain true informed consent.”

We’ve been told that sentinel lymph node biopsy improves survival in intermediate thickness melanoma, because subclinical deposits are removed from the lymph nodes before they can grow. In fact, 33% of patients who underwent sentinel lymph node biopsy, did so because they thought it would improve their survival. Yet, there is not a single solid tumor – melanoma, gastric, renal, thyroid or otherwise – where electively removing normal lymph nodes, even in the case of microscopic involvement, has shown a survival benefit.

Category 1
Creighton University Health Sciences Continuing Education designates this live activity for a maximum of 31 AMA PRA Category 1 Credit(s) ™. Physicians should claim only the credit commensurate with the extent of their participation in the activity.

Nurses CE
Creighton University Health Sciences Continuing Education designates this activity for 31 contact hour(s) for nurses. Nurses should claim only the credit commensurate with the extent of their participation in the activity.