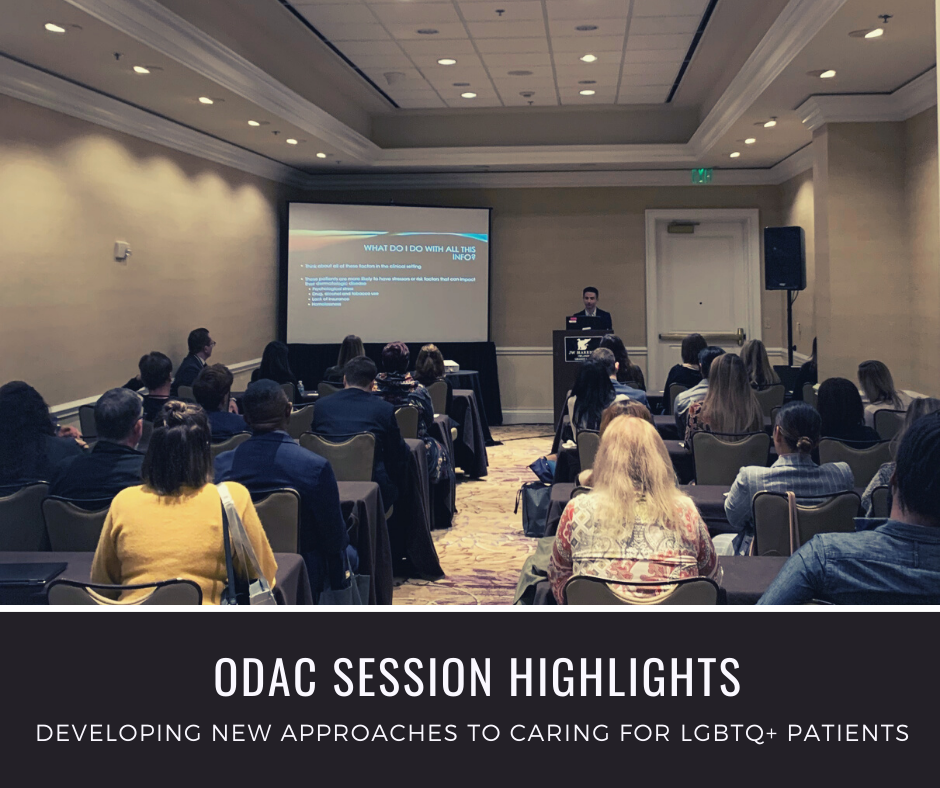 Next Steps correspondent Dr. Anna Chacon reports back on highlights and pearls from the session which covered the following:

It is difficult to determine how many people identify as LGTBQ+ in the United States. Right now, our best estimate is about 4% based on survey data. These patients tend to cluster into different areas, but it’s likely that you will see 2-3 patients per day who are a part of these communities.

What does LGTBQ+ stand for?

The acronym stands for lesbian, gay, bisexual, transgender, queer and questioning but can even be longer (LGBTQQ2SIAA)! There are other terminologies that can also be included such as intersex, gender fluid, and gender queer. Intersex describes: a variation in sex characteristics including chromosomes, gonads, or genitals that do not allow an individual to be distinctly identified as male or female. Gender fluid describes a person who doesn’t identify with a fixed gender at all times. And genderqueer is an umbrella term for gender identities that are not exclusively masculine or feminine identities which are thus outside of the gender binary and cisnormativity.

Queer is a blanket term that can describe all of these but has a loaded history since it used to be use as a slur. SGM stands for sexual and gender minority, which is an easy clinical and scientific term to use when talking about this population. While it is helpful to become familiar with the appropriate terminology, it is also important to be mindful of which particular terms to avoid when talking to patients such as: homosexual, sexual preference, “lifestyle,” and “sex change.”.

When it comes to pronouns, it is best to ask patients which they prefer. In situations where this may be unclear, the singular pronoun “they” may be your best friend – it was Merriam-Webster’s 2019 word of the year!

Additional tips for the dermatologist include being comfortable with not knowing everything, allowing your patients to define themselves, and recognizing that sexual orientation and gender identity are independent of each other.