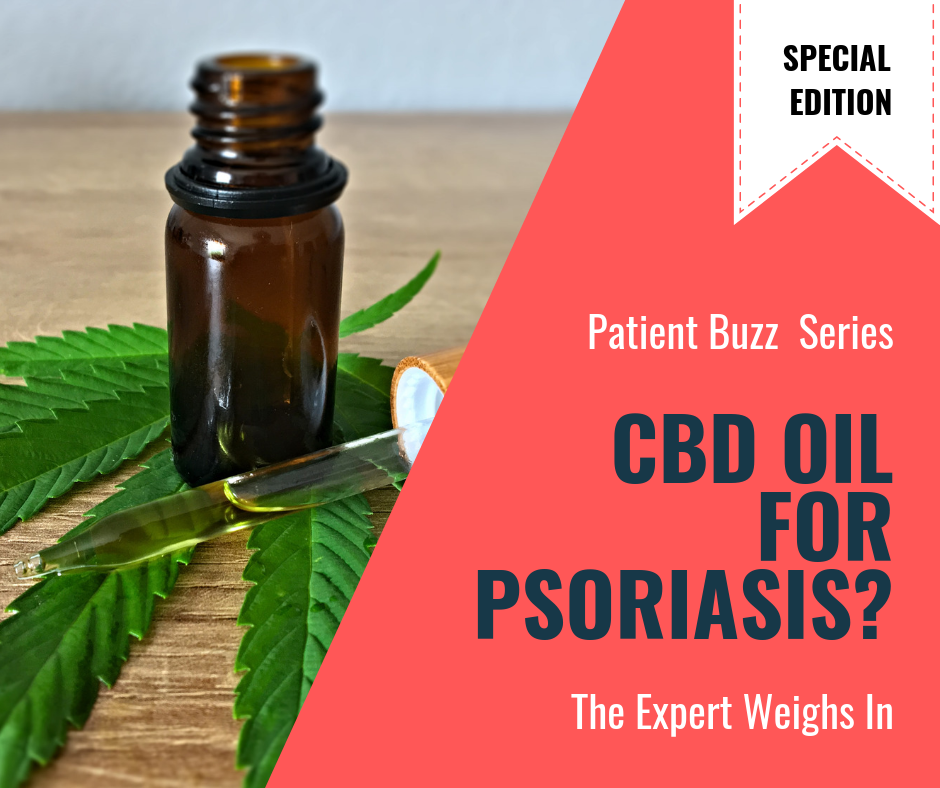 We have only begun to scratch the surface of the unbridled potential of cannabinoids as therapeutic agents. Interestingly enough, psoriasis is one of the listed indications for medical cannabis in the great state of Connecticut, though little is really known on this and many other spaces in dermatology.

Let’s take a step back and first talk about CBD. CBD stands for cannabidiol, one of about 120 different molecules that come from the cannabis plant. It’s the second most prevalent active ingredient in cannabis – tetrahydrocannabinol (THC) is the first. But unlike other cannabinoids – such as THC — CBD does not produce a euphoric “high” or psychoactive effect. That said, it has tremendous biological reactivity through binding to a multitude of receptors, including the cannabinoid specific receptor, CB2r, which is expressed by practically every immune cell (as opposed to CB1r, which is most heavily expressed in the peripheral and central nervous system), regulating skin physiology by being anti-inflammatory, lipostatic and antiproliferative.

Now back to the original question. Inflammatory skin conditions such as psoriasis result from a number of aberrant responses of the immune cells and immune signaling in the skin. Looking at psoriasis specifically, dysregulation of the skin immune system results in marked proliferation and keratinization of epidermal cells. Overactivation of Th1 and Th17 inflammatory responses in psoriasis produces cytokines like IL-17 and IL-22 that set off cascades of events resulting in increased keratinocyte proliferation, expression of keratins 6 and 16, and inflammatory cell infiltration. Because of its role in regulating the inflammatory response of keratinocytes and dermal immune cells, the endocannabinoid system offers potential targets for the management of many inflammatoryskin conditions, but the data to date is rather limited, mostly to cell bases, ex vivo and animal models.

This is what we know:Activation of the endocannabinoid system in the skin reduces inflammation through a number of mechanisms, such as shifting the pro-inflammatory Th1 response to an anti-inflammatory Th2 response via CB2r activation (thank you, CBD). The endocannabinoid system also plays a role in regulating keratinocyte proliferation and differentiation, which are pathologically increased in psoriasis. For example, CB1r activation by cannabinoids such as anandamide (AEA) inhibits keratinocyte differentiation and decreases production of keratin K6, a marker of keratinocyte hyperproliferation. The potential therapeutic effects of CBD in psoriasis also include activation of non-cannabinoid receptors such as GPR55, which reduces inflammation caused by nerve growth factor, and PPARα and PPARγ which reduces epidermal hyperplasia via suppressed proliferation of keratinocytes.