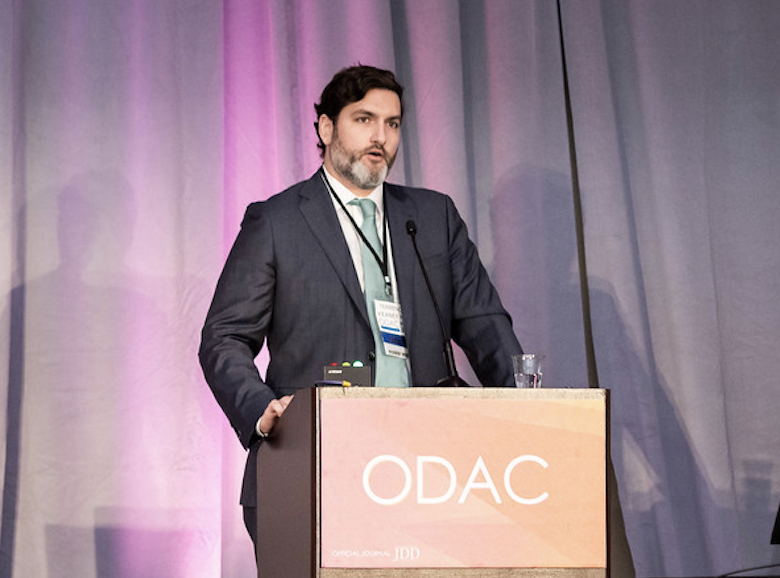 The first time a man walks in for an aesthetic consultation, he probably doesn’t know what to expect, according to Terrence Keaney, MD, a dermatologist in private practice in Arlington, Va. And he may not even be sure what he’s looking for.

However, he probably knows what he doesn’t like about his appearance. When men are questioned, the three areas they are most concerned about is their hairline, their eyes, and their jawline, said Dr. Keaney, speaking at the Orlando Dermatology Aesthetic and Clinical Conference.

It’s important to evaluate men differently, not just for anatomic differences from women, but also for behavioral and psychological factors unique to men as aesthetic patients, he noted.

Anatomic differences are significant and fundamentally shape treatment decisions, Dr. Keaney said. Broadly speaking, “the male face is traditionally more square, with a prominent supraorbital ridge.” Rather than emphasizing breadth across the cheeks, as in rejuvenation for women, a strong, youthful male face will have a square jaw, appropriate width across the cheeks, and a strong brow line with an arch that is flatter than what women seek.

Male cosmetic goals can be complicated by the fact that men “age poorly” and tend to look older than their stated age, he continued, referring to a study that found that men appear about one-third year older than their age, and women about a half year younger. A higher rate of smoking and excess ultraviolet light exposure among men may contribute to this discrepancy, he said.